Why is being gay so taboo?

My mom was watching a TV show about gay people and then she turned around and looked at me and said, "I'm so glad you're not gay" with a disgusted face. That made me feel hella uneasy.

Was I supposed to feel lucky? Privileged even?

Like, what if I actually was? Would you disown me? Would you not love me as much? It's not fair. But it's something we all grow up to be "against" and I don't believe that the people that are against it are "bad" people. I mean my mom has one of the most beautiful souls in the world and I have so much respect for her.

I've even had legit adults tell me,

"Aisha, being gay is basically a type of retardation
and we should feel sorry for them"

as I was being told this I wanted to speak up about how I felt, and that it just didn't feel right... but I couldn't argue with someone that had this reasoning so permanently glued to their mind. They gave me this "wise" look of confidence that said, "I know what I'm saying". You clearly don't. The fact that we differentiate being gay from "us-normal-people" is sickening. We shouldn't act like we're superior or being given a privilege for being straight.

This society is forced to believe that being gay is wrong. Just like how weed in Japan is such a big deal. It shouldn't be. But it is. If you don't believe that smoking weed is a sin, you're fucked in the head. Lord help us all. But being anti gay is not only forced through basic education, but through EVERYTHING including religion, television, movies, music, advertising, whatever. I guess the reasons involve the fact that they wouldn't be able to reproduce naturally and it wouldn't be good to keep the society going...

but we have a population crisis right now for god's sake. It just might be a good time to confess that it isn't all that "sinful"

It's even built in our language. I've said the phrase "Don't be fucking gay" not because I'm against gay people, and I believe that my male friend has given head to another boy, but because he said something completely messed up. Which has absolutely nothing to do with his sexuality. I mean no harm when I'm saying it, but the fact that I keep saying it means somethings been built into my mind since I was young and that maybe a part of my mind still believes the "myth"

People say it's starting to change, "Look at Lady Gaga" "Look at Obama he's all for it man!" but wake up. It hasn't changed. The biggest hit at the movie theater isn't about a gay couple. Of course it's not because the "right minded people" wouldn't be able to relate to it. Looking at the Youtube video of children reacting to a gay proposal; every single one of them at the end of the video say "People should marry whoever they want" so they KNOW deep inside the truth about what's right and what's wrong.

But when the innocent children watch the clips of gay couples proposing and getting married; they look disgusted or give a what the fuck expression. and it's not their fault.

It's the society that's raising them.

One Love is the biggest theme in the genre. It's all about chilling out, letting go of bad vibes, relaxing, loving yourself, loving the people around you, love love love. It's fucking beautiful. I saw a youtube clip of a baby flipping shits, but then the moment the mother turned on some reggae music (Bob Marley's One Love) he stopped crying and gave this beauuuuuutiful smile. It cures people.

It's AMAZING. So much LOVE in the music.

yet they exclude and hate on gay people more than any other genre. The amount of hate crimes against gay people in Jamaica is ridiculous. and reggae isn't just music, it's basically a religion. Like a way of living. So if you're gay, and you live in Jamaica or whatever country is reggae-d up, your whole lifestyle is considered a crime. You're basically a mistake.

Shit.
How can you preach One Love
while supporting hate crimes at the same time?

Religious texts are all open to interpretation but I feel like a lot of people take it in the wrong way. Or don't notice that some parts need to be adjusted to this modern society. It just doesn't make any sense. Do you really even have a reason to hate gay people other than the fact that your religion is against it? and are you really sure of that?

If you had the chance to talk to your god,
and you told him you just murdered a man for being gay,
would he really give you that high-five?

On that note, should we also discuss your gods view point on murder?
Please enlighten me without contradicting yourself (as much as possible).

I've learned to love reggae music
but that always gets me questioning things.

and I don't know. When people are asked if they're racist, for example against Black people; everyone says "No, my best friend's Black dude" and that's instantly a sign. You start having a normal conversation with them and you pick up their racist comments. It's amazing how they don't even know they're being racist. We find that cute. We never tell you, but we realize.

and I think this is kind of like the same thing.


Everyone is going to say "I'm all for gay marriages" but I don't know. I think it's not going to be fully true until this society breaks down the rules that govern it. I guess starting with children's education. But it's going to take a long ass time if the parents are still saying

watch the video below if you need help to open up your eyes a little.
it's not your fault if you're against it. but you need to step out of being ignorant.
Chances are you're just scared of the things that you don't know and

maybe you're just not educated correctly to be ready to accept it. Don't be scared to open your eyes. Take the first step before you hurt someone you love unintentionally. 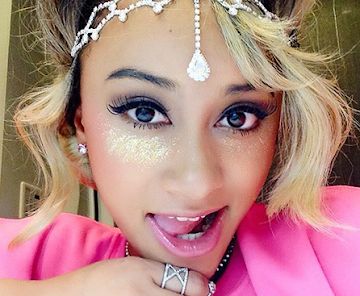